skip to main | skip to sidebar

The Story of Hansel and Gretel (and Bingham too)

My big senior project this semester was developing the story of Hansel and Gretel into an eight spread pop-up book. The first thing I did was re-write the story. It never made any sense to me why those kids would want to go back to their dad if he listened to their evil step mom and left them in the forest willingly. That just seemed awful.

My next step was the break the story down into eight key moments and engineer it. An earlier post shows what the spreads look like before I illustrate them. Here are some photos of the finished book. Everything was printed at home on my Epson printer and cut out by hand before I assembled the pieces. A big thanks to an awesome photographer, Jen O'Sullivan, for taking fabulous photos. 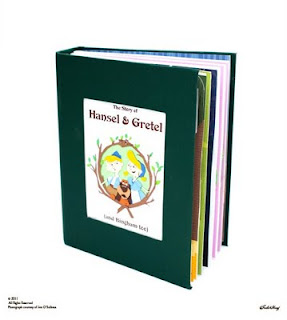 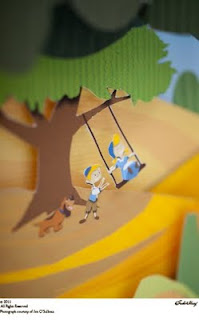 Spread 1: Close up of Hansel, Gretel, and Bingham playing on a swing 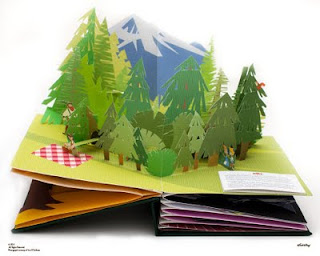 Spread 2: Hansel and Gretel get lost by chasing after a squirrel 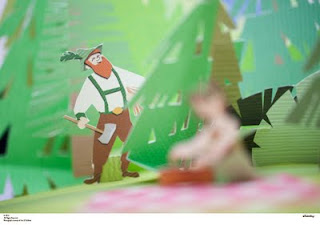 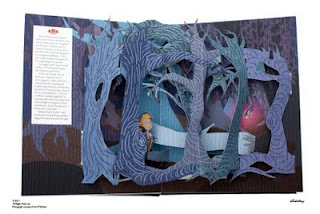 Spread 3: Hansel and Gretel are lost in the dark forest
but in the distance is a faint glow 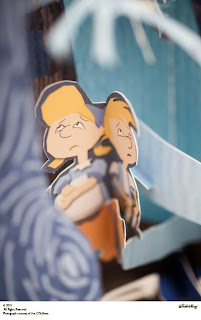 Spread 3: Huddling under a tree 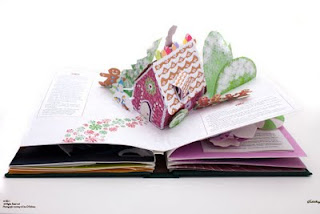 Spread 4: The witch's cottage as a ginger bread house surrounded
by confectioner's sugar or in my case, glitter 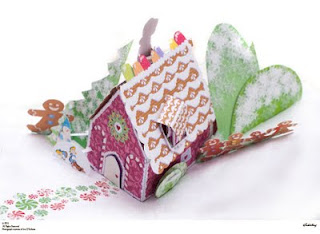 Spread 4: Close up of the cottage 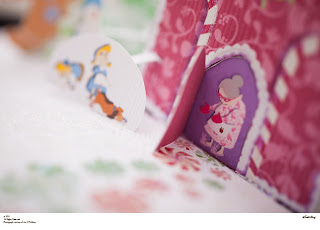 Spread 4: Close up of the witch welcoming Hansel, Gretel, and Bingham 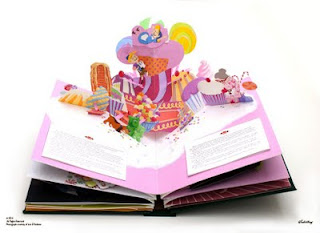 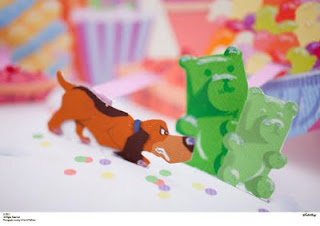 Spread 5: Bingham knows something is not right 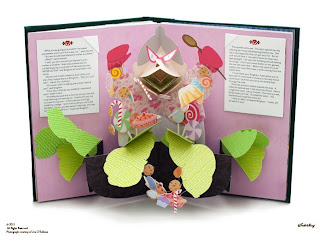 Spread 6: The evil witch's true identity and plans are revealed 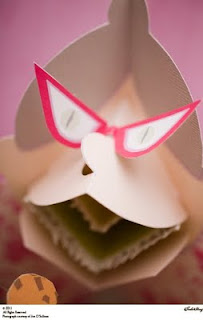 Spread 6: Close up of the Witch's face 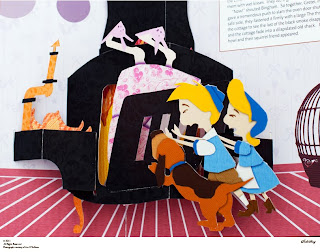 Spread 7: Tricking the witch into the oven 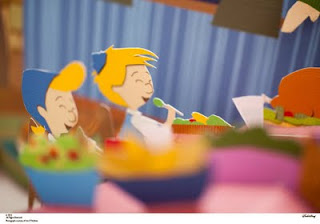 Spread 8: Close up of being home and eating vegetables

This is simply amazing work!

You are my hero with this project! So imaginative, beautiful, and well-engineered. Absolutely beautiful details. I just love everything you have done on this project.

WOW! I love all of the hard work you put into this project! It is phenomenal!

wow, this is amazing!

how did you plot those?

thanks for the comments all!

assafho: what do you mean by plot?

I wish to learn pop up book art? Can you help me ?

(an organization I founded)

People I Stalk, as Should You